A History of the Republican Party 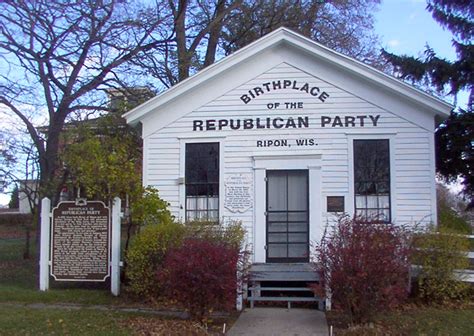 The Ripon,WI church where the legacy of Jefferson's Republican Party was rekindled

The Republican Party was born in the early 1850s by anti-slavery activists and individuals who believed that government should grant western lands to settlers free of charge. On February 28, 1854, Major Alvan E. Bovay called a meeting in the Congregational Church in Ripon, Wisconsin, a small town northwest of Milwaukee. The men who met that night in that small farming community came together in the common belief that slavery was unconstitutional.

Out of that meeting came a resolution: "A new party, to be named the Republican Party, would be formed if the Kansas-Nebraska bill passed." They decided to call themselves Republicans because they professed to be political descendants of Thomas Jefferson's Democratic-Republican Party. The Kansas-Nebraska bill passed both House and Senate. Following Senate passage, fifty-three local citizens gathered in the schoolhouse in Ripon. From that group they appointed a committee of five to form the new party.

The first official Republican meeting took place on July 6, 1854, in Jackson, Michigan. The crowd was so great that it could not be held in the town's largest facility. Business had to be conducted outside in a grove of trees near the county racetrack. The name "Republican" was formally adopted at that convention. At the Jackson convention, the new party adopted a platform and nominated candidates for office in Michigan.

Organizational meetings soon followed in Iowa, Ohio, Maine, Massachusetts, New York, and other northern states. In the 1854 congressional elections, forty-four Republicans were elected to the House of Representatives, and eleven were elected to the Senate. 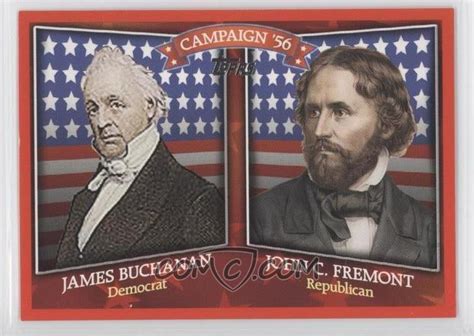 The Republican Party nominated John C. Frémont for president in 1856

In June 1856, the Republican Party held a presidential nominating convention in Philadelphia. Senator John C. Frémont was nominated, under the slogan: "Free Soil, Free Labor, Free Speech, Free Men, Frémont". He carried 11 northern states (he was not on the ballot of any southern state) with 114 electoral votes in November, but was defeated by Democrat James Buchanan on the strength of all the southern states, with 174 electoral votes. The American/"Know-Nothing" Party candidate, ex-President Millard Fillmore, laid claim to Maryland's eight electoral votes.

The Republican Party came to Oregon that year and would play an important role in statehood three years later. The Oregon Republican Party was initially organized at a meeting in May of 1856 in Jackson County and a second meeting in Albany the following August. The first convention was held in Albany in February of 1857 and the first nominating convention was held in Salem on April 21, 1859, two months after statehood, putting forward the party's nominees for Congress. 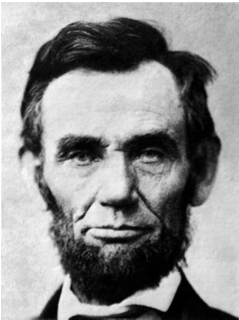 The Republican Party is also known as "The Party of Lincoln"

Two days after the inauguration of Buchanan in March 1857, the Supreme Court issued the Dred Scott decision which was denounced by Republicans. The Democrat party split over the slavery question. As a result, in 1858 the Republicans won control of the House of Representatives.

The second Republican national convention in 1860 resulted in the nomination of Abraham Lincoln for president. The platform pledged to not extend slavery, called for the construction of a transcontinental railroad, and supported a protective tariff. Lincoln's major opponents were Northern Democrat Stephen Douglas, Southern Democrat John C. Breckinridge, and Constitutional Union Party candidate John Bell. Lincoln swept the northern states, including California and Oregon on the west coast, crushing all opponents with 180 electoral votes. Breckinridge, with his running mate, former governor of the Oregon Territory Joseph Lane, was second, with only 72 electoral votes. 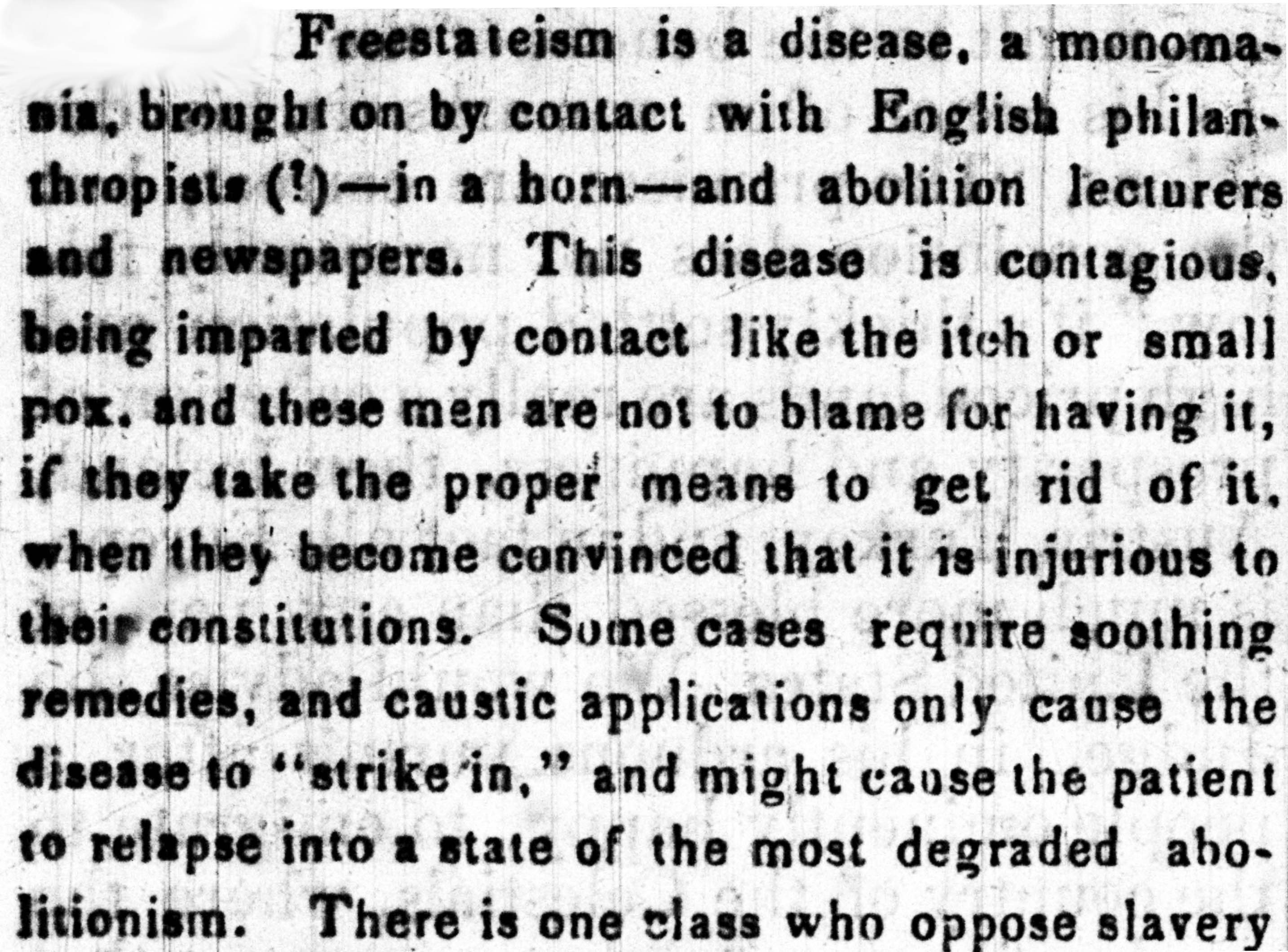 From the Occidental Messenger a Corvallis newspaper in 1857

That Oregon went for Lincoln rather than either of the two Democrats is a testament to both the party's rapid spread across the state and the intense split in sentiment among Oregon Democrats over the question of slavery. Save for this rift and the inability of Oregon's Democrats to unify, Republicans who still were far outnumbered could not have prevailed. It also didn't hurt that the state's largest newspaper, Portland's Oregonian, was solidly in the Republican corner while Salem's Statesman carried water for the Lane Democrats.

The Civil War erupted in 1861 and lasted four grueling years. During the war, against the advice of his cabinet, Lincoln signed the Emancipation Proclamation that freed the slaves. The Republicans of the day worked to pass the Thirteenth Amendment, which outlawed slavery, the Fourteenth, which guaranteed equal protection under the laws, and the Fifteenth, which helped secure voting rights for African-Americans.

The Republican Party also played a leading role in securing women the right to vote. In 1896, Republicans were the first major party to favor women’s suffrage. When the 19th Amendment finally was added to the Constitution, 26 of 36 state legislatures that voted to ratify it were under Republican control. The first woman elected to Congress was a Republican:  Jeanette Rankin from Montana in 1917.

Presidents during most of the late nineteenth century and the early part of the twentieth century were Republicans. The White House was in Republican hands under Presidents Eisenhower, Nixon, Ford, Reagan, George H.W. Bush, and George W. Bush. Under Ronald Reagan and George H.W. Bush, the United States became the world’s only superpower, winning the Cold War from the old Soviet Union and releasing millions from Communist oppression.